Sometimes to make a choice regarding the Javascript framework might be not that easy. The popular frameworks as Angular and React got a serious competitor like VueJS. Of course, there are other frameworks, however this article will focus on these 3 frameworks as the most well-known. A lot of developers at the beginning of their career ask themselves: what framework should I choose: React or Angular or Vue? Which one is better?

As a developer at web and mobile app development company, I have a lot of experience working with the frameworks and will share some useful information with you. This article will focus on the objective comparative analysis that will incorporate opinions of developers who coding with the mentioned frameworks. They share why they chose precise framework and what they like or dislike aboit it.

Here is the table showing some general information on Vue vs Reactjs vs Angular. 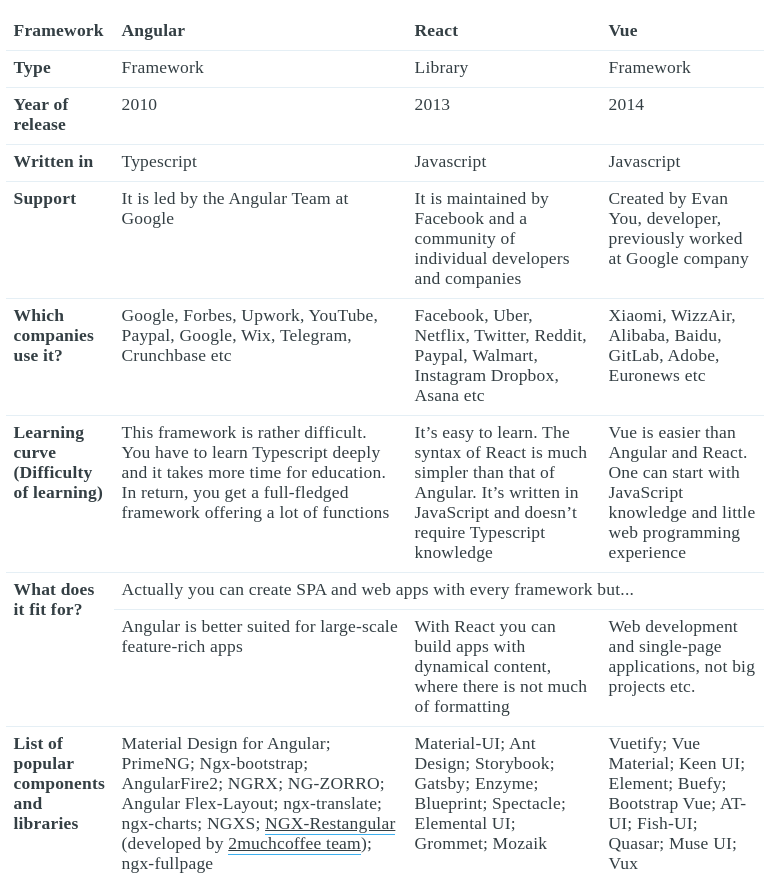 As a source we took Upwork and here is a pie chart showing the open positions for Angular, Vue and React developers for October 2018: 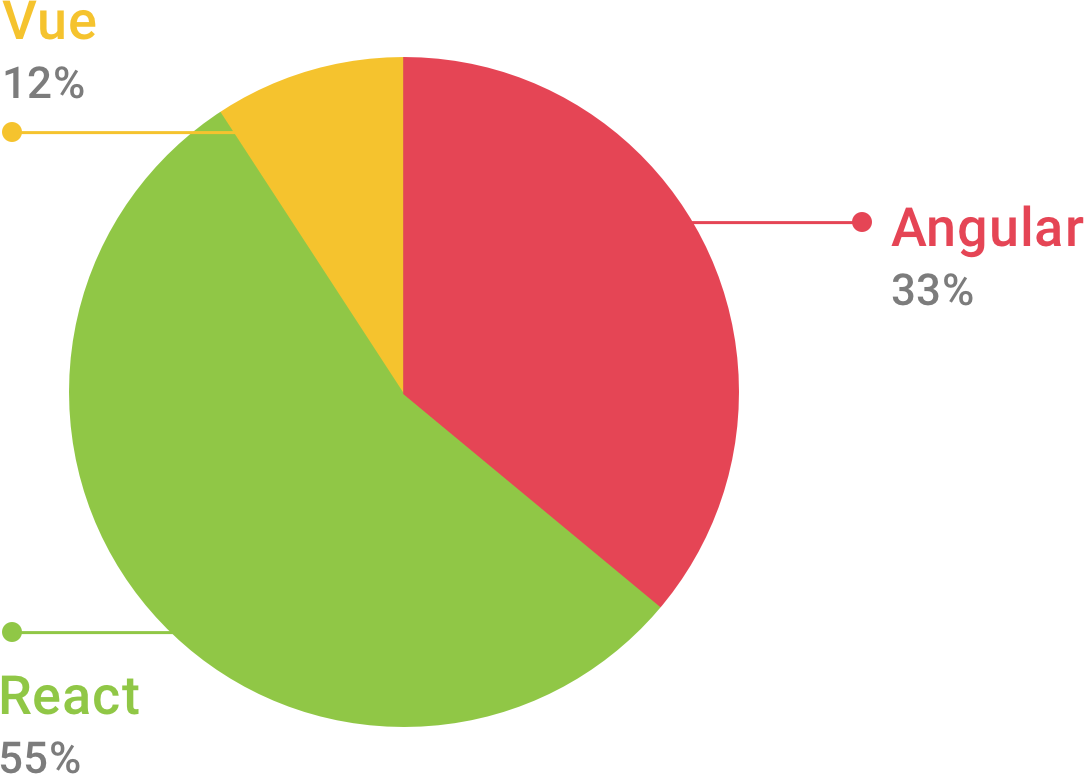 Let’s consider all benefits and drawbacks of each framework/library more specifically.

Advantages and disadvantages of Angular in mobile app programming

Vadim from 2muchcoffee: As I started with Angular, the choice of front-end frameworks was not big. First I disliked Angular’s difficulty. But now I’m glad to code on this framework. As for me, Vue and React are libraries. And Angular is a real framework with many features and it’s enough for full-fledged app development. If one really gets acquainted with it the development process goes fast. And there is one more pro: choosing Angular you surely find a job because of a strong demand.

Advantages and disadvantages of ReactJS

Alex from 2muchcoffee: I started web app development with React 2 years ago, and you know, I learned it quickly. Before that, I had tried to learn Angular but this framework had been rather difficult. I like React because it’s flexible and fast. The rendering process is much more quickly. Well, the only thing I don’t like is that I always have to search for additional components.

Advantages and disadvantages of Vue

Anna: I like Vue because it took all good things from Angular and React. The docs are really clear and it took me about one day to handle Vue. I found a job as a freelance Vue.js developer and that’s enough for me. And yeah, I heard about all the problems with lack of job offers and so on… but if you are good at coding you’ll find work anyway.

Watch here an independent opinion from the expert developer:

Now you are able to compare these frameworks from both advantages and disadvantages sides. Nevertheless, Angular is the most convenient in question of complex big data projects, React is the best for limit-haters because of the lack of any frames, and Vue is like a golden middle way between previous two frameworks. As for us, they all are good enough, and to decide which one to use is up to you according your requirements, goals and resources.

Remember that there is no “bad” or “good” framework, there is the framework which is most suitable for some project.

If you plan to develop a startup idea yourself, first of all you should find out which framework fits your project. You have to find the right tool for the right job. Being a beginning developer you may choose the framework depending on its functions, difficulty and amount of job offers. Try to work with each framework and decide which one fits you.

In case you want your project to be developed by experienced developers, 2muchcoffee mobile application development agency is ready to discuss and kickoff your project. 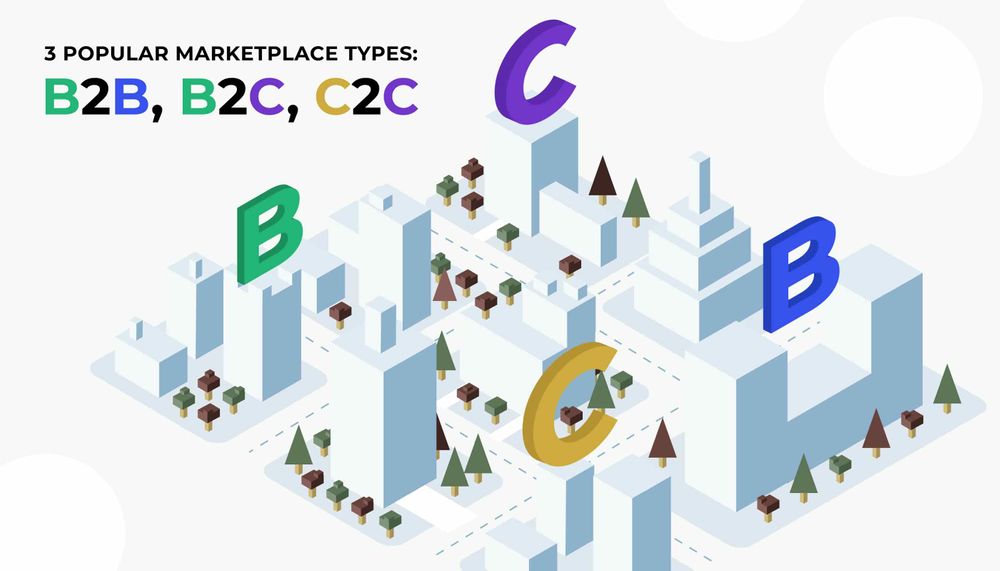 How do B2B, B2C and C2C differ? What is typical for each of them? B is for business and C is for customer, so it means the interaction between users.

Another feature of Angular are lazy-loading modules: they download needed files only when switching over the corresponding route.