Progressive Web Apps (PWA) is one of the top trends in web development. In fact, PWA is a website that meets the following requirements:

In other words, a modern SPA should implement the following features:

Web manifest is a JSON file, which contains some of the information about the application - name, description, icons of various sizes, options of application displaying. More details of its structure will be considered while working with the example.

The service-worker is responsible for caching the application resources in the browser to minimize incoming traffic and the correct operation of the application in case of unstable connection to the network.

1. Setup of an Angular project

The Angular team, as always, didn’t stay away from world trends and developed a mechanism for adding PWA capabilities to the Angular application. Let's see how this works on a real example.

To begin with, you should install (if not already installed) the latest version of Angular CLI globally into the system.

Next, use it to create a new application:

It should be noted that the web manifest can be tested using the development server, and if you want to see the work of the service worker, it will require the creation and serving of a production build. In the framework of this article, we will use the command line tool http-server for serving production build.

So, create a production build of the project:

To install http-server (if not already installed) globally run next command:

Run the server for our build without specifying any options:

Now we have built our project without PWA features. Google Chrome Dev Tools on the Audit tab provides the ability to verify the website's compliance with the PWA template. 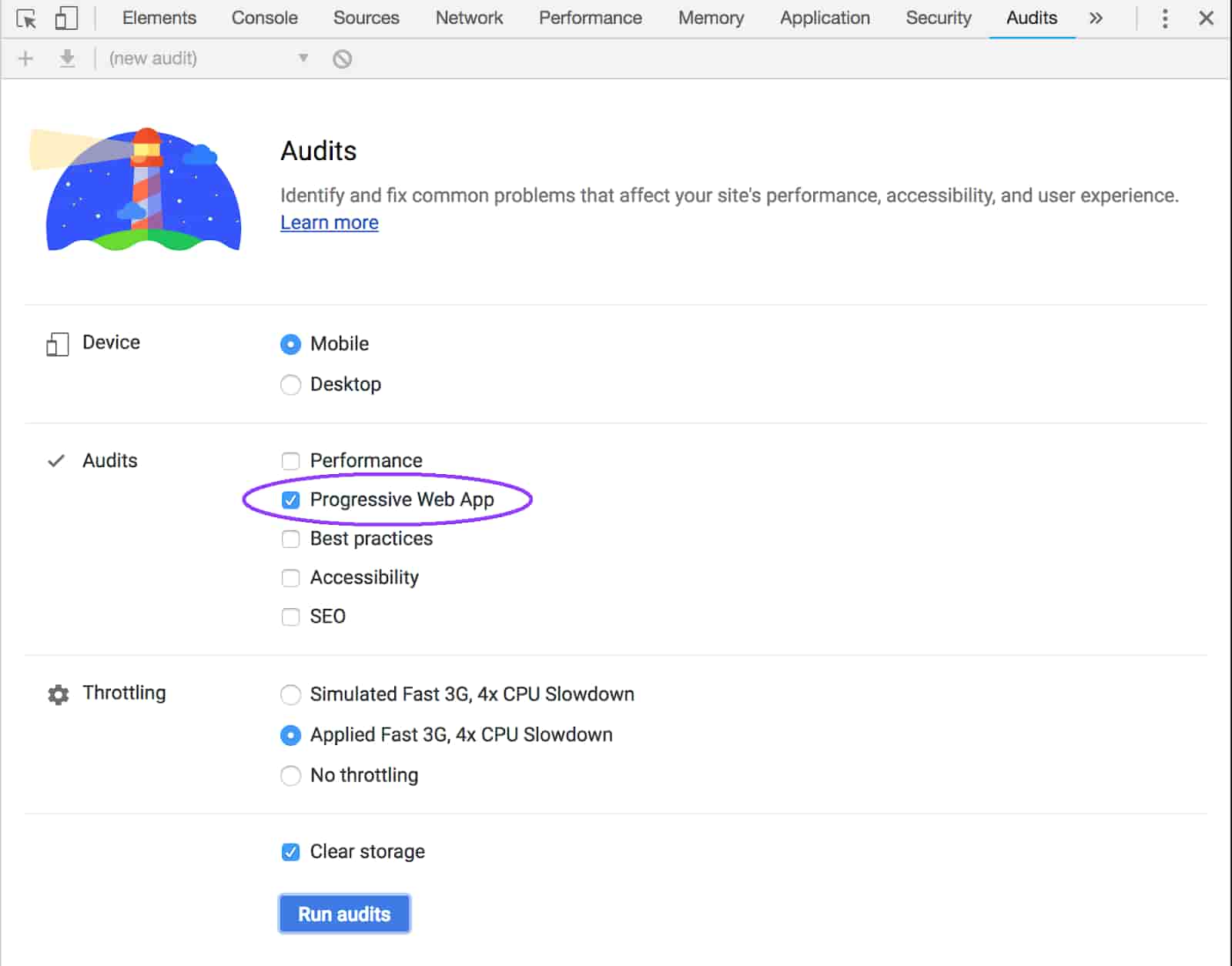 After completing the analysis, we might observe certain drewbacks in the performance. Thus,the main flaw is that there is a lack of a service-worker, a web manifest, the redirection from HTTP to HTTPS, etc. 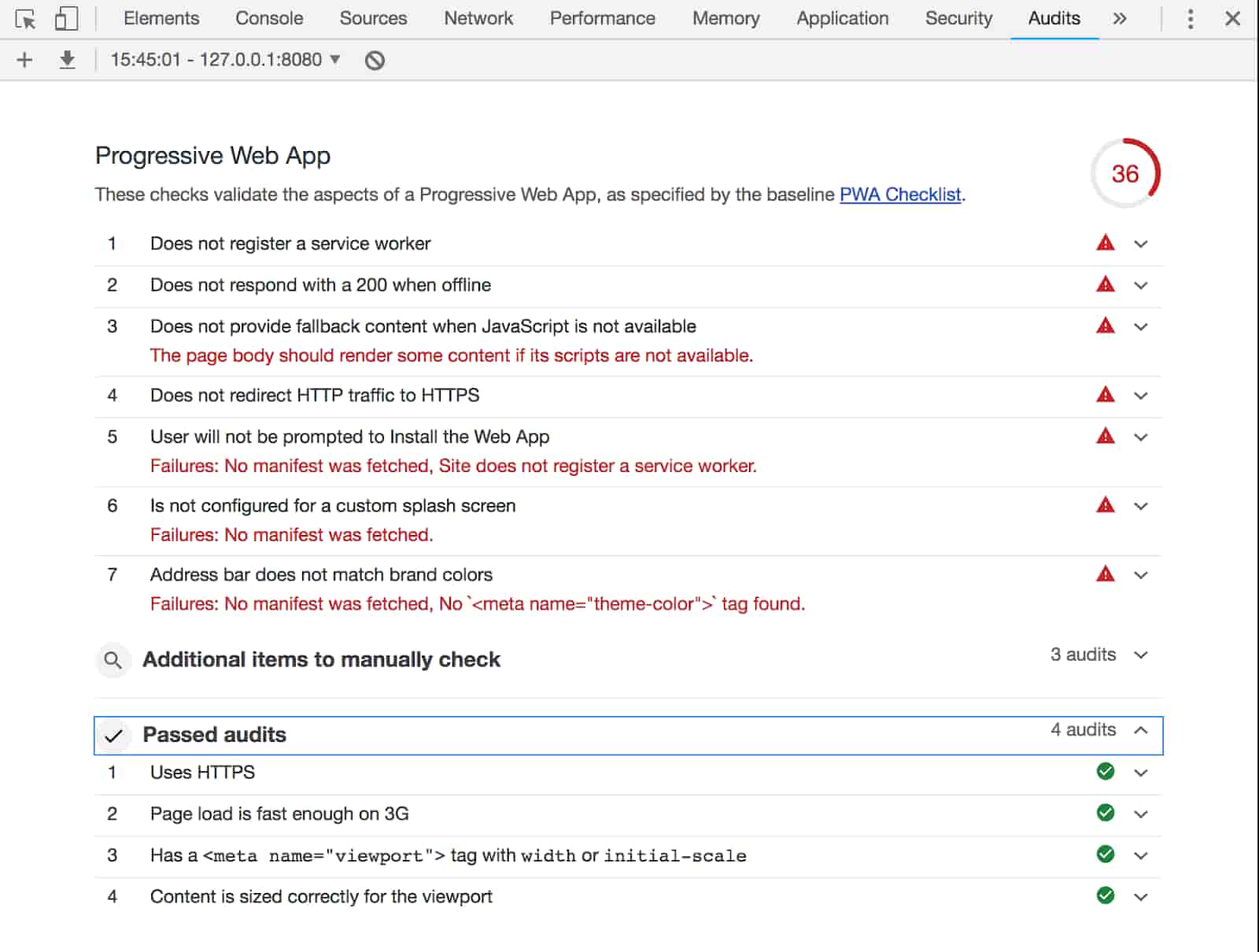 The entire list of identified problems can be conditionally divided into two groups: Application and Server shortcomings. Problems related to server settings are not relevant to the Angular application and will not receive significant attention in this article.

3. Converting the app into PWA

As it was mentioned earlier, the creators of Angular have taken care of ensuring that the SPA in their framework meets modern requirements. To do this, it is enough to execute one Angular CLI command, which will convert our application into PWA.

Briefly about the made changes:

So, let's start with the service-worker.

We imported the ServiceWorkerModule into the AppModule and registered the service-worker in the application for the production environment only. After that, the production assembly of our application will include a service worker. This is the default configuration:

Briefly about the keys:

As you can see, the default settings of the service-worker assume immediate loading of the critical components of the application (index.html, all files of scripts, styles, and also the favicon). The lazy boot option is applied to all the contents of the assets’ directory since these resources are not so important for the application to work.

Next, let’s take a look at the web manifest. The manifest file itself is in the source directory. During the project building, Webpack copies it to the distribution directory. The manifest is connected in the head of the document via a link.

Consider the structure of the manifest generated with Angular CLI:

Briefly about the keys:

To check if the manifest is properly connected, you can also use Chrome Dev Tools: Application tab -> Manifest. If everything is done correctly, you would see something similar to the following picture, namely - the description of the site and a number of icons. 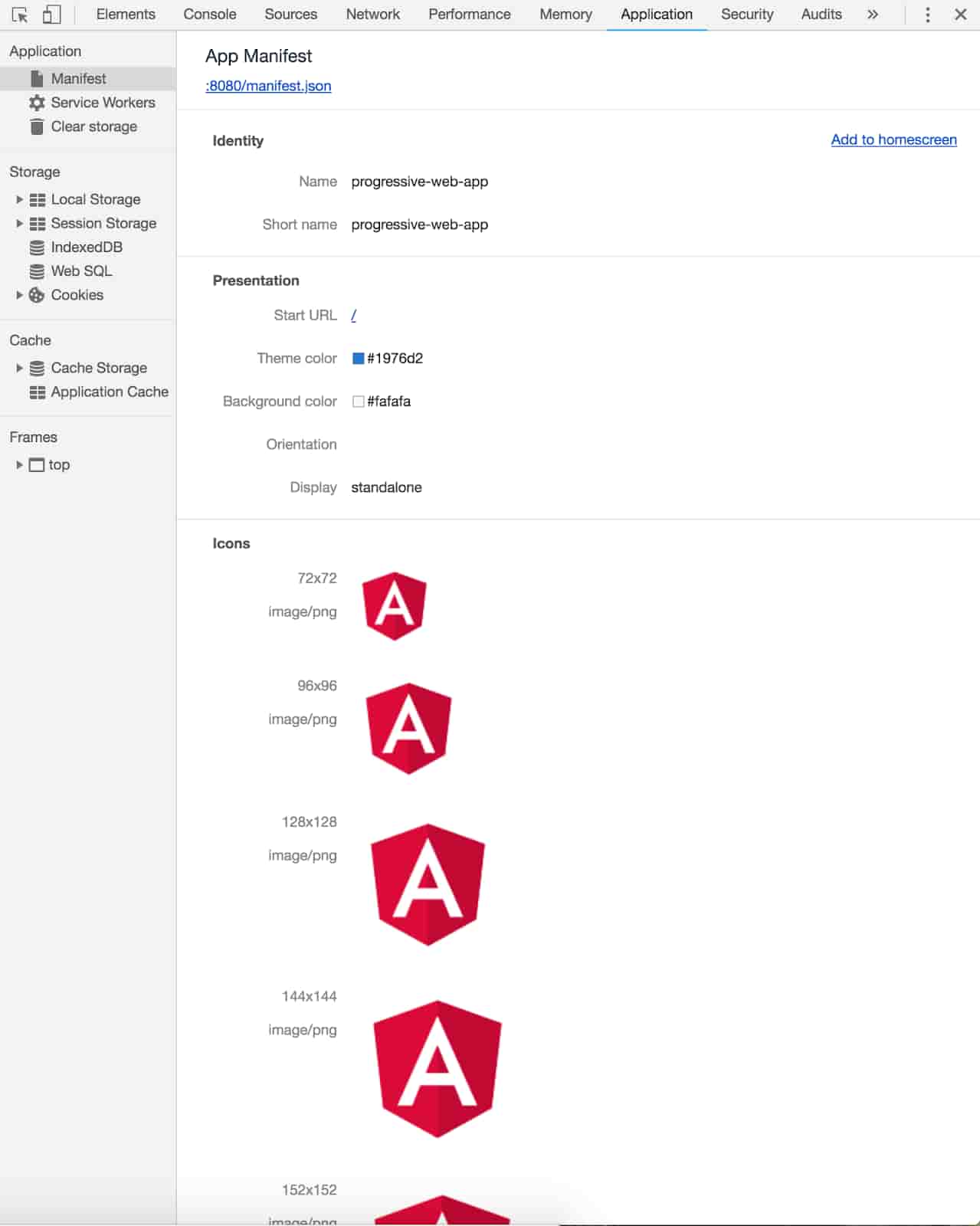 Now, after discussing the configuration of the service-worker and web manifest, it's time to check our application for compliance with the PWA again. The results will be much better than before. 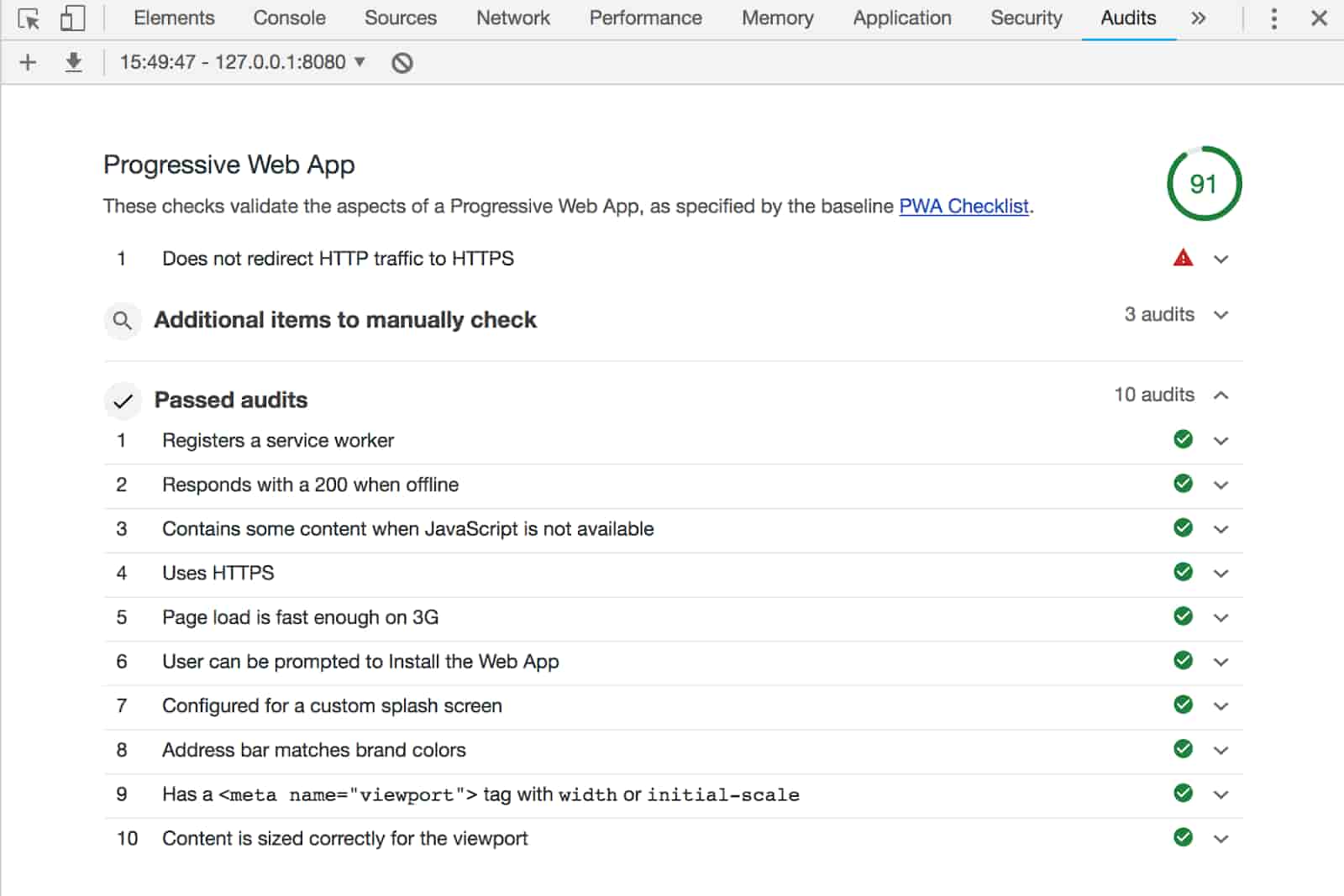 As it was mentioned before, we didn't consider the server settings at the moment. And we have successfully eliminated all the shortcomings on the part of the application. In fact, all the work has been done by Angular CLI. In the case of a real project, we would only need to fill in the configuration files correctly and to replace the icons. Thus, we were convinced that the transformation of the Angular application into PWA using the Angular CLI proved to be extremely easy.

The code of the example considered in the article can be found in the GitHub repository.

If you've got a bold idea for your next startup, feel free to contact us and our skilled team will help you to produce a top-notch product.

Educational apps are applications offering interesting learning process. They are divided into some types. The first type is eBooks or Encyclopedias.

The app name, description including features and screenshots have to give impression that the app is unique, interesting and solves some problem