If developing a music app you should know some important things that might be useful in case you would like to foster competitiveness of your app. In this article, we’ll take a look at features of the 5 most popular music apps - Spotify, Pandora, iHeartRadio, SoundCloud, and TuneIn and give some pieces of advice based on their success.

In the present days, the music app industry is growing each year and has already accounted for over half of all income generated by the music industry in the last years.

It has become very difficult to create a highly competitive music app and to come to the top because of this great offer. On the other hand, according to Statista, the revenue and the demand for the quality music streaming apps are growing, as well. Look at the statistic according to which the number of users will increase steadily in the coming years.

There are top music apps which have already succeeded and are being downloaded by many users all over the world.

We want to research the core features of the leading music apps - Spotify, Pandora, iHeartRadio, SoundCloud, and TuneIn and using their example to find out how they managed to foster their competitiveness. Taking their core features into account will promote creating your competitive music app.

The product owners realize the new product should be different from the others, arouse interest in the users and encourage them to download your music app. But how to achieve it? What steps to take and what to bear in mind?

The monetization should be considered before developing an app. It’s too late to decide upon the monetization when the music app is ready. Remember to think of it at the very beginning and decide about the strategy. It might include ads or a division into a free and a paid version. Some music apps offer a paid version without ads. You can offer additional paid features which make your music app more customizable and attractive.

Many apps have 2-3 options: one free version and 1-2 premiums. You can go the way SoundCloud and iHeartRadio chose: offer a free trial. Your users don’t know how comfortable and attractive the paid features are unless they didn’t test the app before. Users can hardly renounce the comforts they got used to, so consider offering a free trial of your music app’s premium version.

TuneIn offers the users to enjoy the free version with some ads or choose the premium version that lets you listen to music without ads.

Pandora also monetizes with a premium version. The last one allows to use Pandora radio and make own playlists, to listen to music without ads and much more benefits. There is an option of Pandora premium family which lets the customers buy one premium for the whole family consisting up to 6 members. And the free trial helps to estimate all the benefits of the paid version. Think of such a system where one user invites other users/ family members and all of them get some benefits. It would increase the number of users significantly.

Also read our article: How to monetize your mobile app: best choice for successful startups 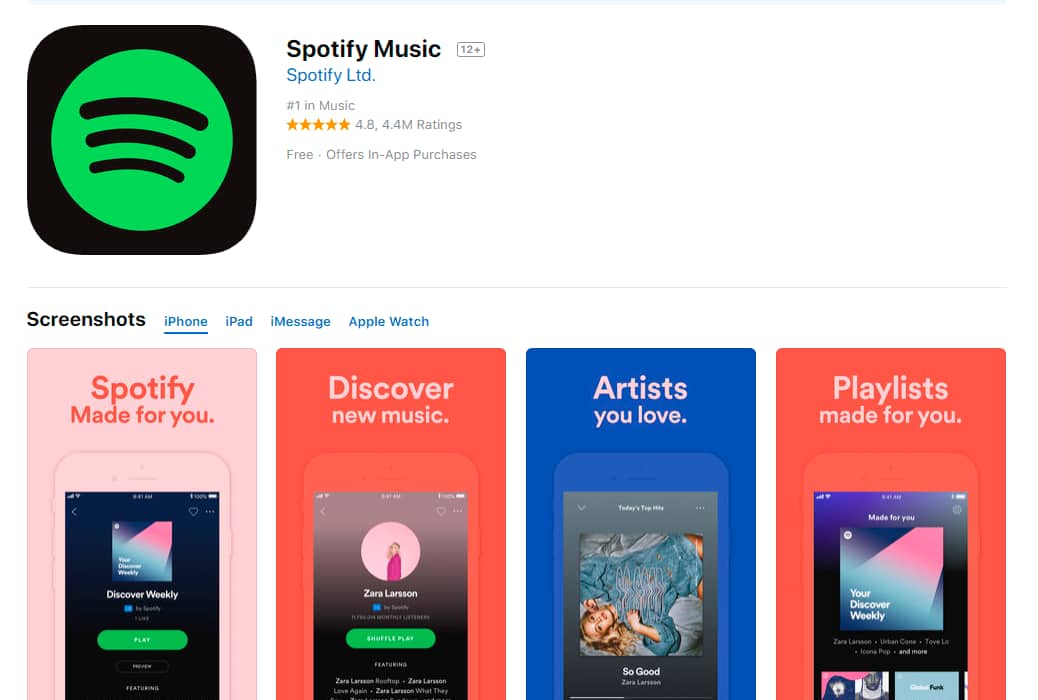 Spotify is a music streaming platform. 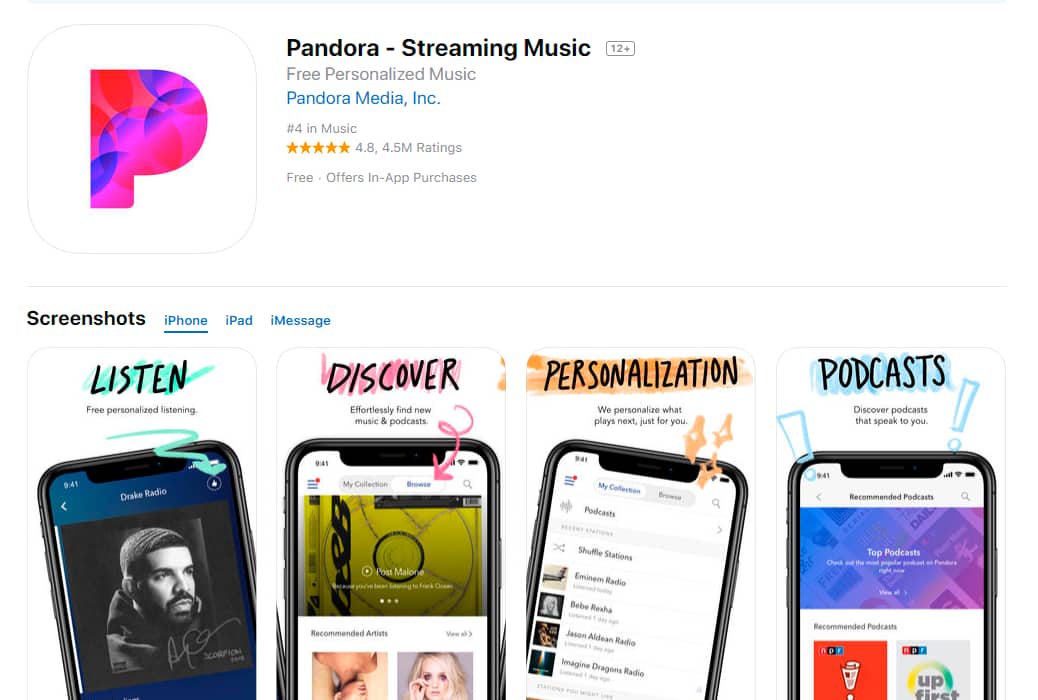 Pandor is both a music streaming and an internet radio service.

Founded in January 2000
Written in Java

Pandora uses the Music Genome Project and it analyses music in a totally different way. Traits present in the tracks are analysed and then the analysis offers songs with similar tunes to the user. This feature is totally specific and unusual but sometimes users miss the opportunity to learn their friends’ preferences. 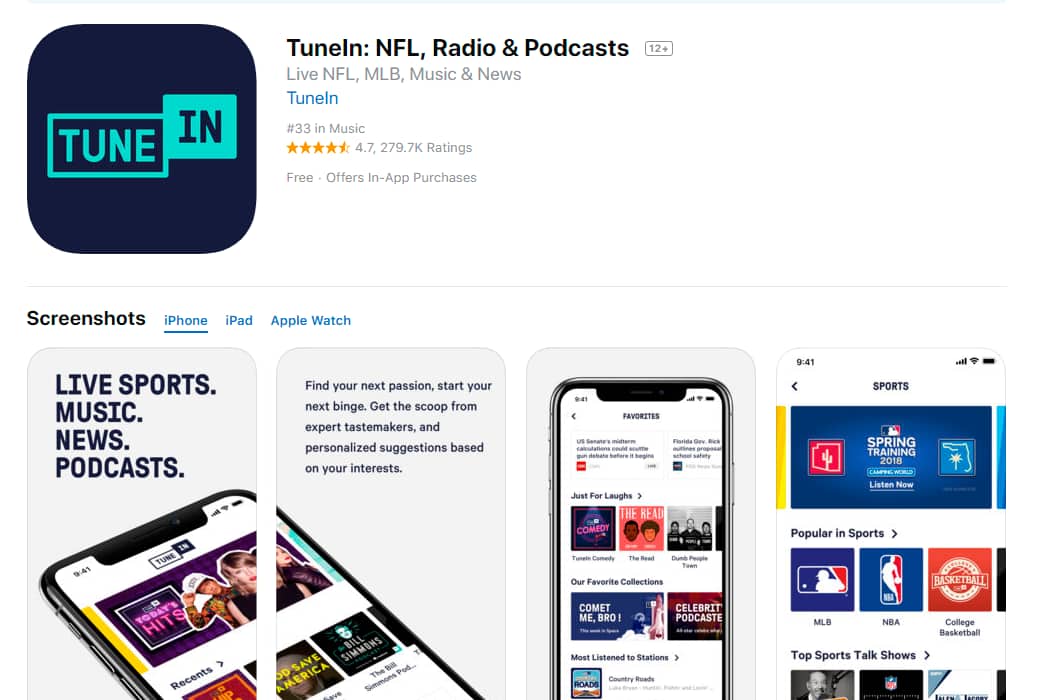 TuneIn is a a radio music streaming service. 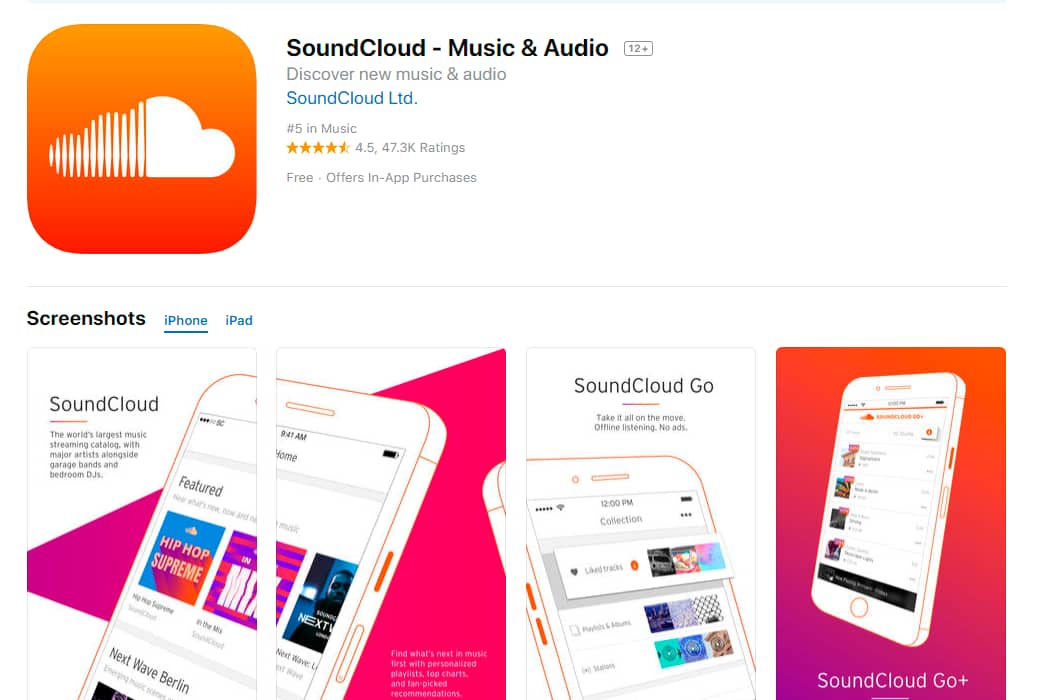 SoundCloud is a music and podcast streaming platform.

Founded in August 2007
Written in Ruby and Scala 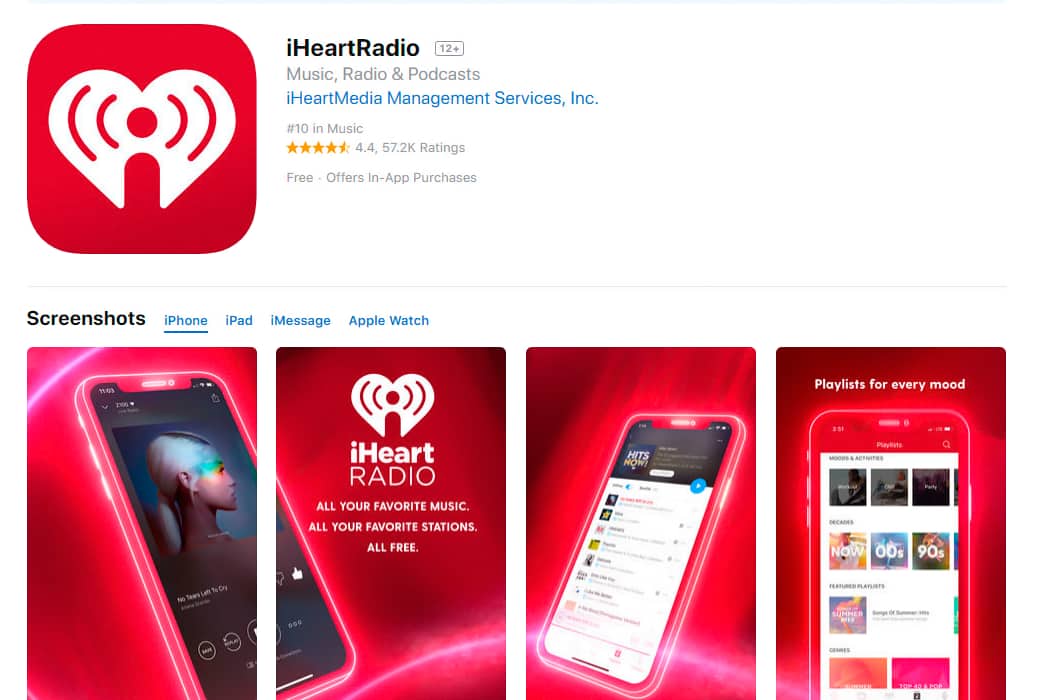 iHeartRadio is a radio app.

It was developed with many technologies such as Scala, Python, AWS, Kubernetes, Docker, ElasticSearch, MongoDB, Hadoop, ELK, Node.JS, React.JS, Swift.iHeartRadio is one of the best representatives of radio apps.

What are the essential tips for development of a successful music app?

Also read our article How to create an MVP (Minimum Viable Product): your Step-by-Step Guide.

If you are about to develop a music app you should consider some things, e.g. on which server the music app should be hosted. Another important thing to consider is where to store data - on the server (we don’t recommend this option for several reasons) or choose the cloud storage service (last time developing an app we chose AWS S3). Remember to create the database architecture with proper relationships. The architecture of the powerful database should provide such relationships between database tables that the app offers quick responses. Otherwise, you’ll have to pay too much for hosting to speed up your app.

Before you begin to work on the new e-learning platform you should know what challenges lie ahead of you. Read our tips and study problems and their solutions.

Look at the Spotify features and approximate costs for the similar streaming music app development. Besides, the price is highly dependent on the skills of the development team.