Nowadays the world of programming is picking up speed in adopting new technologies. According to this fact, Bootstrap Framework and Angular Material can’t be escaped our attention. Moreover, we are going to make side-by-side review of their features.

The units of Angular may supply you with an opportunity to create rather convenient and embellished user experience while Bootstrap may create an easy to use and neat user interface. Our review may be helpful for those who are looking for a comparison, though the matter of taste is still on force.

At the very beginning we should put our view on components that are the same for both Bootstrap and Angular Material. It allows us to decide which one is better for fulfilling your idea.

There is no big difference in realising them. Angular doesn’t have that much variety in button colors, only six of them, like Basic, Accent, Warn, Primary, Link, Disabled. Main focus of Angular Material here is button types and shapes, they are Raise, Basic, Icon, and Fab. Fab and Icon are good for low resolutions, Basic and Raised are typical shapes of buttons used for common apps development. While Bootstrap offer is more freedom in color choice of buttons. You may pick out of the 9 colors set.

Despite the fact that it is hard to write a lot about Cards in terms of Angular Material and Bootstrap, I will try to give you as wide image of it as possible. Firstly, these two frameworks offer us quite similar possibilities, so the choice is mostly up to you and your preferences. Nevertheless, you should know that Bootstrap has more various setting options in terms of colors. My point in Cards goes to Bootstrap as it has an unconquerable advantage, such as CSS fixing ability.

Here can be said that is the same thing, different names in each framework. Angular Material calls panel Expansion, when Bootstrap has named it Collapse. There is no signature difference that may play a significant role. That’s why, it is again up to you to decide which framework you give a pride place. The only one thing I can draw your attention here while making your choice is Bootstrap Collapse looks quite outdated, CSS can help you out in this case.

Forms and Input are the set of tools for form in Angular Material and Bootstrap. Text area, text input, checkbox etc will be required for your forms. Here Angular left behind Bootstrap as it can offer more custom controls, such as Slider, Date Picker, Auto Complete etc.

Choice between Modal and Dialog

This is again the example of different names for similar functionality component. Nevertheless, having tried to play with both it is still a huge dilemma which one is better. The only reason I would give my preference to Angular as it provides you with an opportunity to import a single component, in my case it has been a modal window, though it works the same way with the rest of Angular Material Components.

This is the field where our competitors have a little bit distinctive functionality. Angular elements comprises a toolbar which is quite the same with navbar in Bootstrap. Also it includes an exceptional Angular sidebar with no analogy in Bootstrap.

In the same time, Bootstrap supplies developer with much faster and easier process of a navbar creation comparing to Angular mechanism. Otherwise, in Angular you do not have another choice except working with its Flex Layout in order to create its toolbar that is a quite complicated as for me.

And the last thing, both our frameworks supply us with the possibility to create a regular or drop-down menu with the help of wide list of components.

Angular has much widely stuffed and easy in exploitation list component set. Bootstrap has rather emptier and complicated in use list of such elements. Nevertheless, Bootstrap as always provide us with more colorful scheme when Angular possibilities in this sphere leaving us with less choice, but you may handle it with the help of some CSS.

If you remember we have noticed that there is lot of common and some identical elements which, nevertheless, have different names. However, our frameworks also have some features that make them distinctive. Bootstrap have a set of elements that do not have any equivalents in Angular. But, we should be aware of the possibility to see these elements in forthcoming Angular releases.

There are such elements you may use in Bootstrap but may not in another our contestant:

Nevertheless, Angular has its response to Bootstrap in the set of its components that do not have equivalents in its opponents list of possibilities.

You are able to see such unique Angular Material elements below:

As we can see now, our competitors have many marvelous and useful components available to use. Nevertheless, they have some specific features. For example, Bootstrap has elements that have a huge amount of different add-in tools and helper classes together with a responsive grid design all picked in one.

At the same time, Angular also have such helping tools and, moreover, even more progressive implementation of Material Icons. Nevertheless, it cannot supply responsive web features. When it comes to responsive web design, you’b better make a point of Angular Flex Layout. For better understanding how it works on practice, check Material design through the case of Angular 6 app with RxJS. 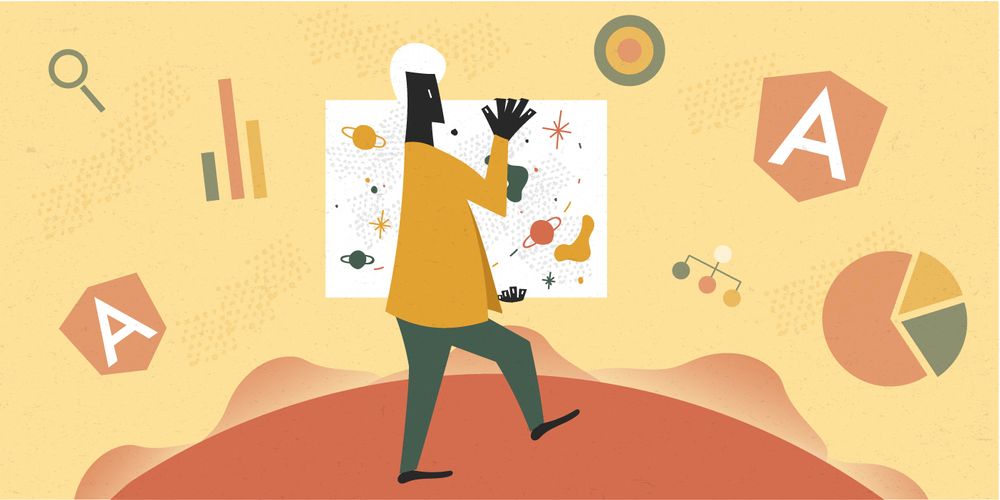 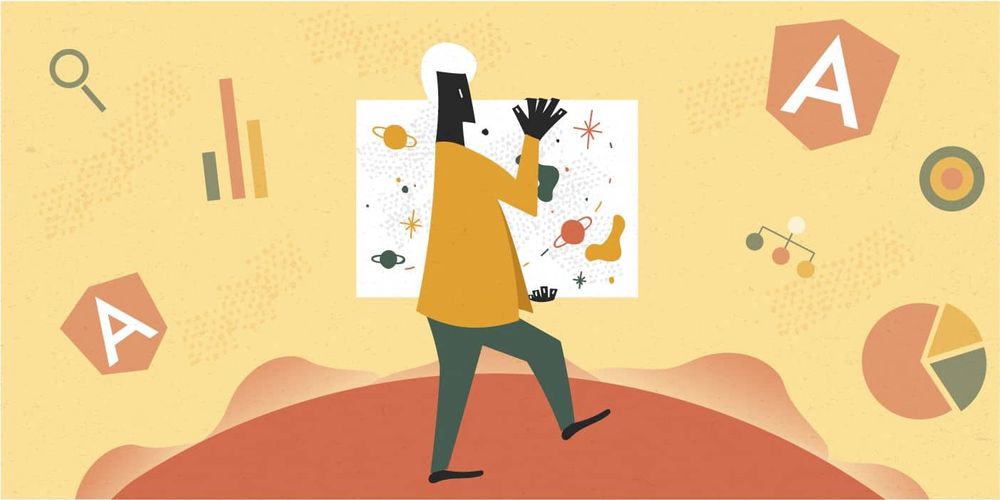 Angular Universal to make your SPA SEO-friendly and 3 real cases will help you to avoid sticking points while building your app.