In today’s automated world the special attention should be addressed to the cybersecurity of your data and activity online. The times when network security was related only to big corporations and institutions are gone. Nowadays, each and every person might be a potential victim of cyber attack regardless of the status and financial resources on the bank account.

It's important to be aware of the serious cybersecurity problems currently affecting technology. Therefore, this article will reveal some myths about cyber protection in contemporary reality in order to illustrate the whole spectrum of possible threats.

The definition stands for the protection from the cyberattacks any internet-connected systems, such as hardware, software and different types of data.

In fact, there is an opportunity to identify different threat actors who might undermine the integrity of the security status of your device:

In addition, with the evolution of technological advances, the cyber risk was growing and became more diverse, too. There are different types of cybersecurity threats, like: 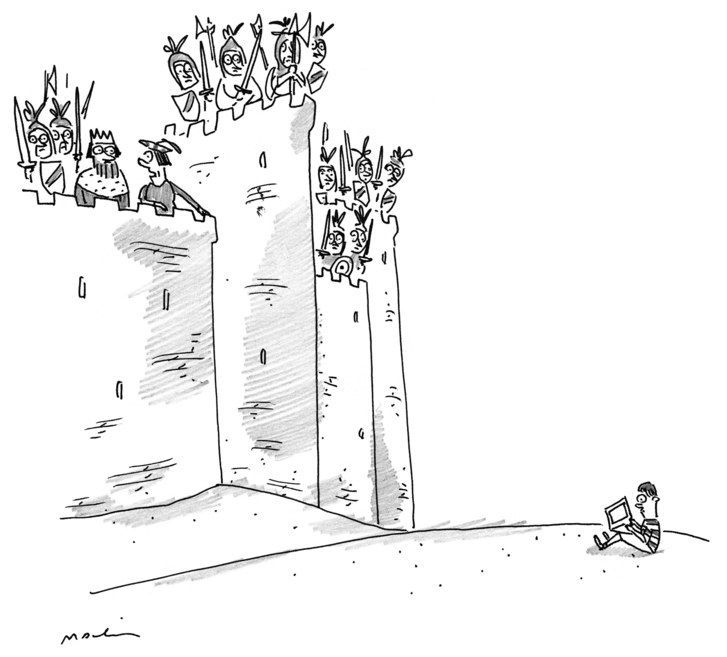 Why Cyber Attacks are so Dangerous?

Needless to say that except the leaking of information, damaging the data and undermining the reputation of the user, cyber attacks have a more deepen the notion of threats and dangerous effects. There are some of them:

5 Most Common Myths of the Cybersecurity

Our dev team would like to stress on (and consequently explain) the most common myths regarding the cybersecurity.

Myth #1 “Cyber crimes happen only to the influential corporations and businesses, therefore I am out of the risk”

Reality: It is not true. Thinking that if you do not possess any relevant data (as it is usually portrayed in the Bondiana movies - the data that will change the world order), then automatically you are out of the risk zone. This is a false assumption. In fact, a cyber attack might happen to everybody who is connected to the Internet.

Myth #2 “Mobile phones couldn’t get hacked, so it is the safest among the devices”

Reality: Usually we hear about cybersecurity in relation to the computers, however, your smartphone should be protected, too. Phones (not to mention laptops and personal computers) have to contain the antiviruses software to decrease the possibility of cyber attack and data leaking from your devices.

Moreover, the security protocols the company’s computers are subjected to don’t provide security to the personal devices of the employees. It is crucial to understand this, due to the fact people usually tend to suggest the opposite. In fact, the policy “Bring Your Own Device” might cultivate the great cyber risk to the company. In that case, employees who use their personal devices (including smartphones and tablets) for work purposes should follow the same protocols put in place on all of the network’s computers. “Bring Your Own Device” policy suppose to cover all device that has access to the Internet including wearables and any Internet of Things devices.

In case you would like to know about security apps, read our article “Cybersecurity Apps that will be Helpful in 2019”.

Reality: For 2019 to have an antivirus on your device won’t be enough. Unfortunately, nowadays the mechanism of the cyber environment is much more complicated, therefore you need a little more than just the installment of the antiviruses to be safe. A hacker’s job is to find ways around antivirus software. Moreover, hackers could hide the virus in a system for approximately half a year. Therefore, the system might be helpful for containing the damage, nevertheless, it does not prevent cyber attacks from happening.

Reality: Perhaps, ten years ago a strong password might be considered as one element of securing your device, however, it is not enough for today. A good cybersecurity practice might include two-factor authentification and data monitoring.

Reality: No, you won’t. Modern malware has been evolving into ones that are hard to detect, therefore you could not tell immediately if there was an attack at your computer or not. There will be no signs of damage or progressing infection (e.g. pop-up ads or slow-to-load browsers), instead of it your computer will be running smoothly.

Take in mind that to achieve a 100% cybersecurity is an additional myth that needs to be disproved. Cybersecurity has to be approached as a process due to the fact that new threats emerging and evolving every single day.

Cybersecurity is a global issue nowadays. In order to be ready to deal with cyber attacks, you have to identify what is a myth and what is a reality. Therefore, the cyber attack might happen to everybody who is connected to the Internet not only to big and significant corporations. There is no device which is not in the risk zone to be attacked. Consequently, mobile phones could be easily hacked as well as laptops and PCs. Since a hacker’s job is to find ways around antivirus software or passwords, therefore, to install the antivirus on your device or only create a strong password won’t be enough to ensure the total security. And the last, but not the least, due to the fact that modern malware is hard to detect - you could not know when your device was infected. Taking that into account, cybersecurity should be considered as a strategy rather than a tool to solve an issue of attack.

Our team wishes every user to stay safe while enjoying the advantages of digital society!

Why Observables might be dangerous for your application? Let's consider "unsubscribe()" custom solution that will help to reduce risks and save your time.